A couple of months ago, my brother sent me a text. Did I  want to go to the Autism walk with him and Em?

I did a quick google and found, as I had suspected, that the benefactor was Autism Speaks, and I responded in the negative. I also did my quick bullet points of reasons not to support them- not even the in depth version, just the elevator speech version. I also did another focusing on their media presence. Here’s a transcript:

Me: They promote a tragedy model of autism and act like the desire to murder your kid is understandable to have? Also they refuse to have any autistic people at all on their board and the one guy who was on their advisory quit because they didn’t listen to anything he told them. Only 4% of their budget goes to families. Most of the money doesn’t make it back to the communities it comes out of. Instead it goes to their media machine.

Wil: I see that’s lame as hell we were going to go but not anymore that’s way messed up.

Me: Next [time] you are on YouTube google Autism Every Day to see a mom talk about wanting [to] drive herself and her kid off a bridge IN FRONT OF SAID KID and not doing so because of her non-autistic child. Or the I Am Autism one where they took film from families not telling them that the voice over would be about autism destroying families. ❤[heart emoji] Thanks for listening!

Wil: Yeah I’ll check ’em out thanks for the info. We were gonna take her parent’s car and go ‘n bring you along but after hearing all that we were both like nooooope. 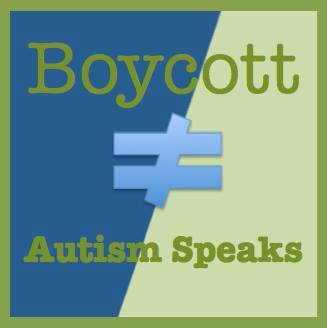